In Certain Places worked with architectural practice Research Design to examine the original plans for the Harris Museum & Art Gallery, drawn up by architect James Hibbert, and to create a new temporary staircase, which invited people to move directly from the space of Preston’s Market Square into the heart of the Harris building. The Flights took people through the ‘front door’ of the building on the first floor, allowing them to experience the neo-classical, Grade I listed building in an entirely new way.

The project emphasised the relationship between the front of the Harris Museum and the Market Square in which it sits. Standing in the square, individuals can feel architecturally divorced from the interior of the museum. However, by taking people straight up and into the building, the Flights increased museum visits by 70 per cent. Moreover, there has been local debate about whether the original design for the building included steps, and the difficulty of navigating the entrance. This is coupled with a desire to create wider access to the podium, which has been a focus for ceremonial occasions, and vantage point for important visitors, such as kings and queens, prime ministers, football teams and celebrities to address the people below. Harris Flights was therefore designed to extend opportunities for all people to see the city from what has previously been the viewpoint of a privileged few.

The Flights also became a new destination in the city centre: a space to ‘hang out’ and a cultural hub for performances, contemporary art installations, workshops, demonstrations and talks by artists and university and community groups. It was a stage for an audience to watch from the Market Square, and, at other times, a stadium from which to view events below. During the four weeks of its installation, over 60 events were organised on and around the Flights. 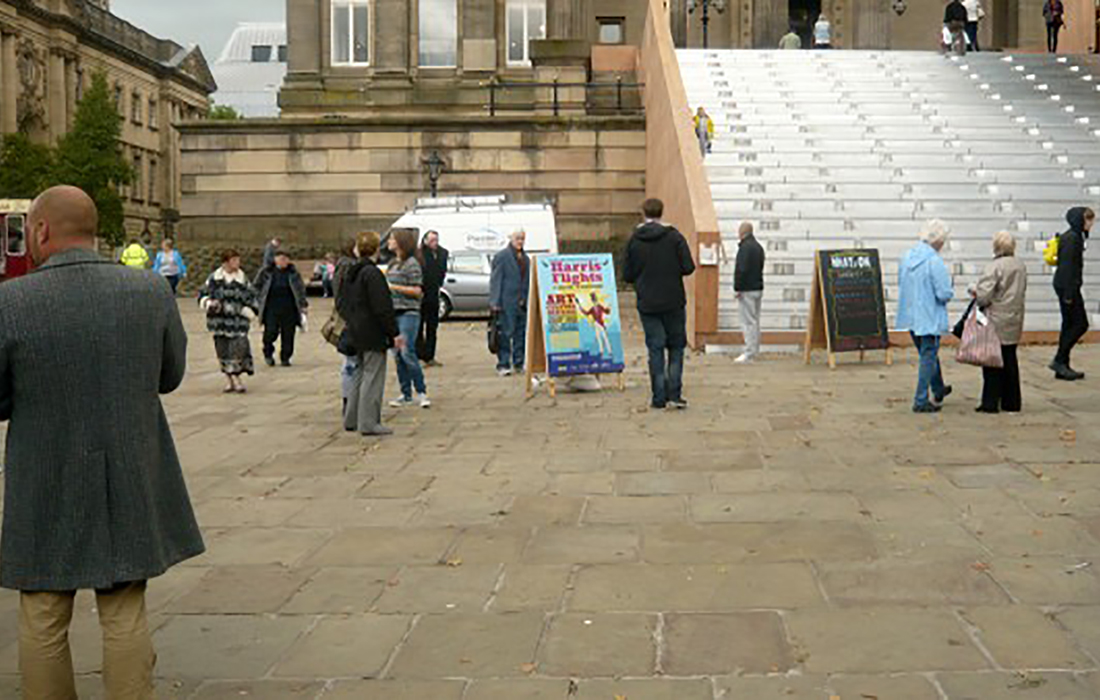 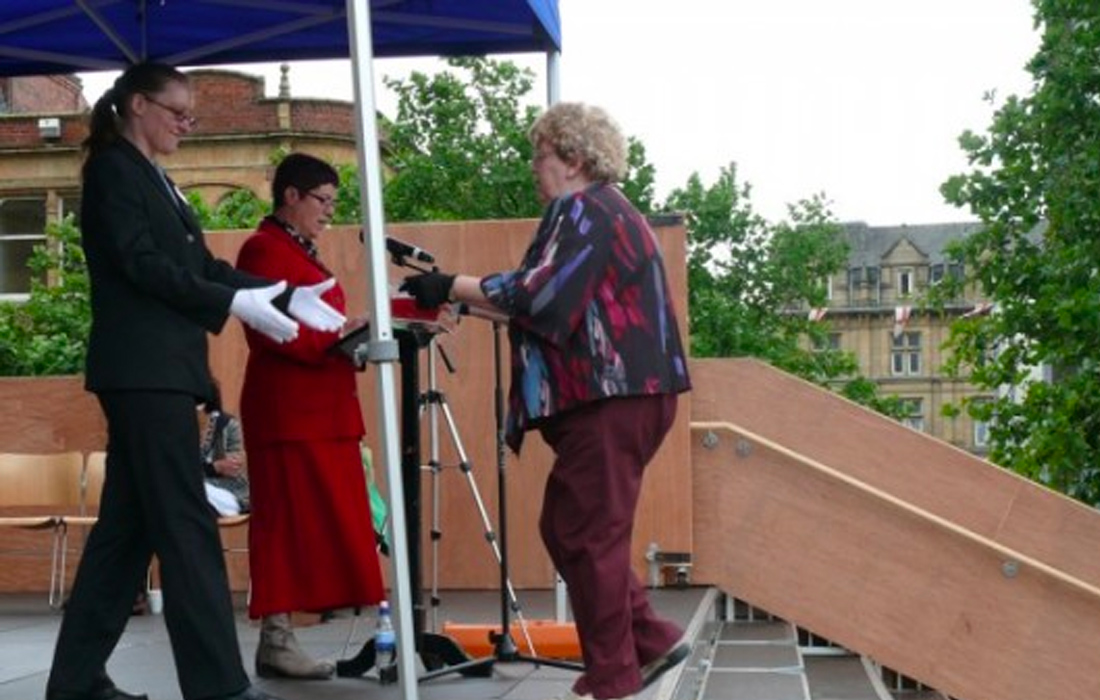 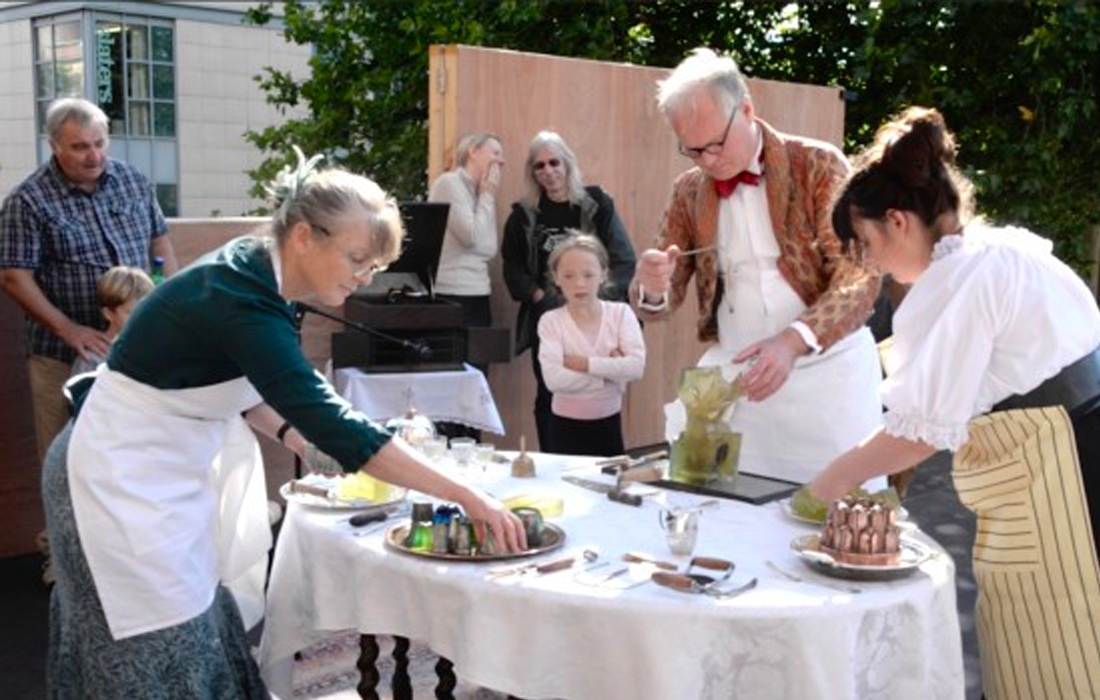 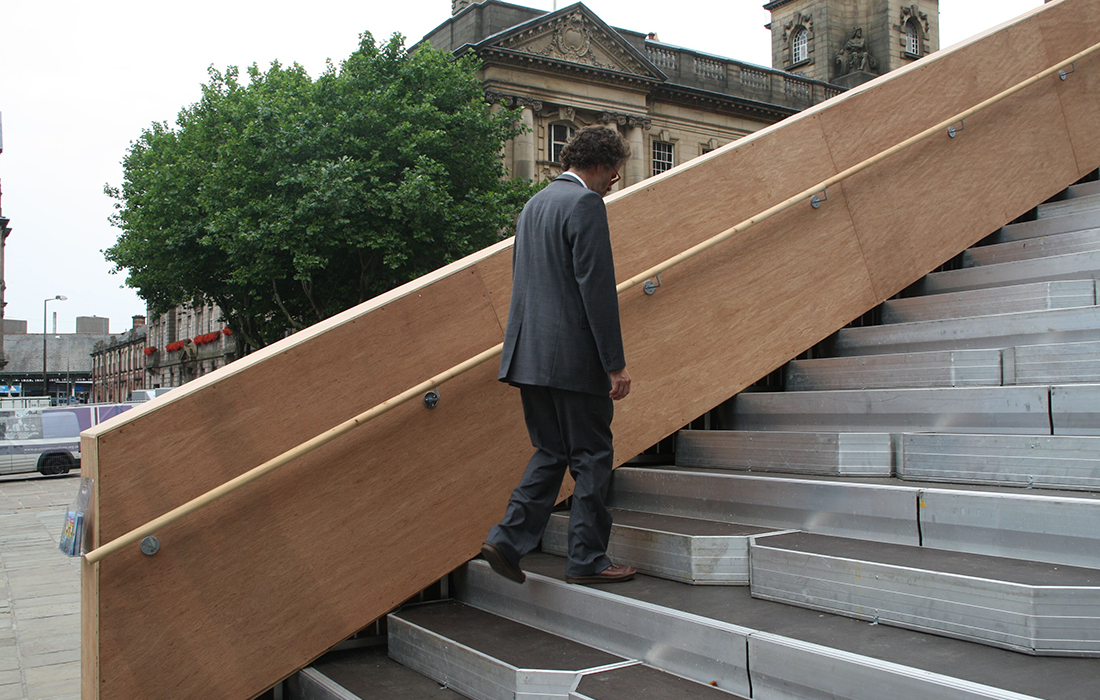