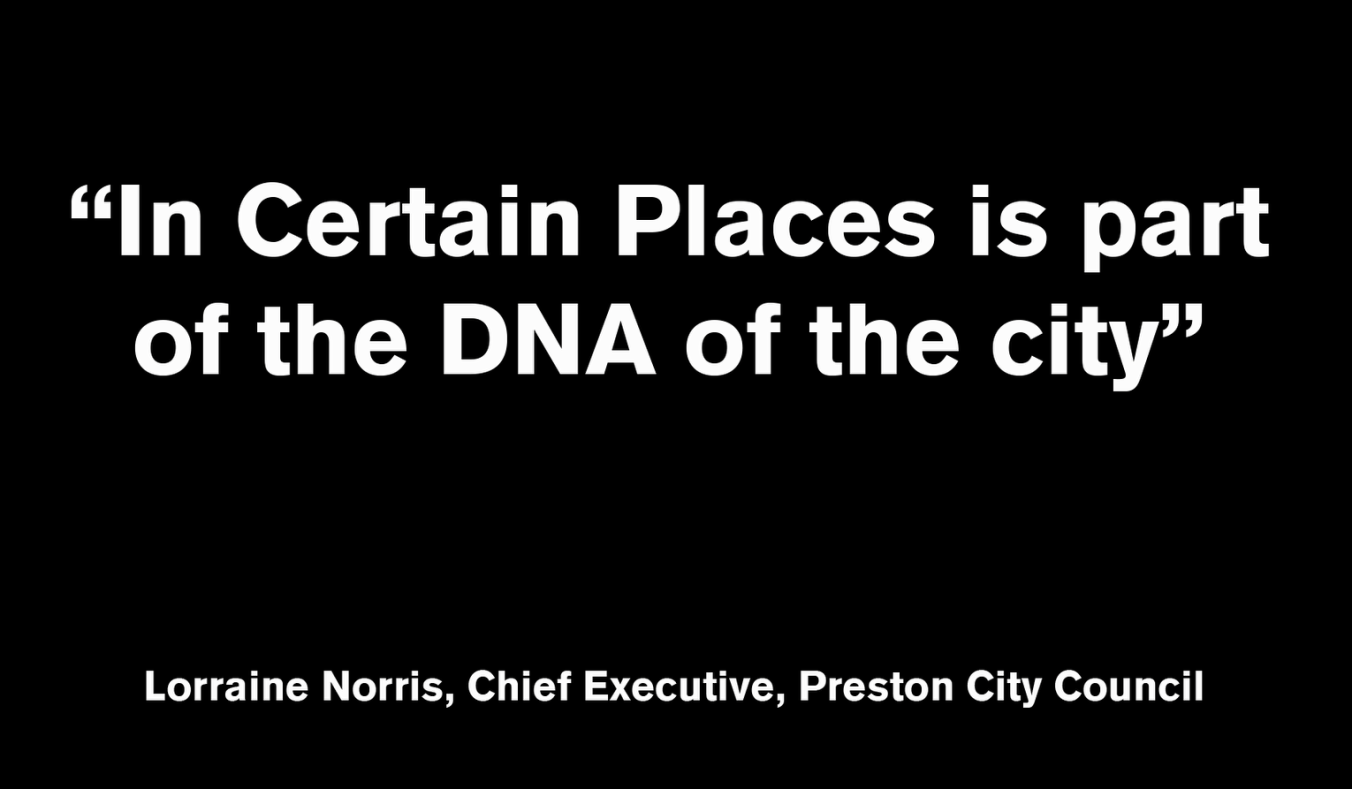 When Appearing Rooms (2006) by Dutch artist Jeppe Hein was installed by In Certain Places at Preston’s Flag Market the work provided the initial splash of imagination to what had been a long overlooked site. Once a space only used to ‘pass through’ on the way to elsewhere, cascades of people began to arrive in Market Square with purpose – some testing their luck dodging in and out of the fountains, others balanced around the installation’s peripheries, shaking their heads at soaked children emerging from the watery walls. For the first time in a long time, this temporary feature provided life, sound and energy to the Flag Market and was sorely missed when it was removed. With the departure of the work however, came the realisation that the space was in great need of attention if it were to become a focal point of the city once more.

Although the turbulent economy of 2009 and the subsequent cuts to available funding haltered Preston’s plan for a large-scale regeneration of the area, more modest variations were made to the landscape. In 2013, ICP collaborated with architectural practice Research Design to create a temporary staircase leading from the Market Square to the Harris Museum – aptly named the Harris Flights. The flights saw these two iconic features of Preston, its heart and its head, linked for the first time. During it’s time in place, this piece not only exponentially increased visitor numbers to the Harris Museum but also provided visitors and residents of Preston an opportunity to rest. Happening upon these places within a city, the landscape no longer seems to usher its occupants along but instead invites them to stay a while. These spaces, much like Exchange Square in Manchester, have been transformed by their ability to offer respite to weary shoppers or lunch time ‘out of office’ explorers. Whilst the stairs where in situ over 60 events took place within the Flag Market with the steps serving as staging, theatre seats, marathon terrain and picnic benches. On the removal of Harris Flights it was apparent that the Flag Market had the potential to serve as a multifunctional space, with traditional events such as Remembrance Sunday and the Guild Scroll reading featuring prominently within an expanding and immersive schedule.

Continuing their work alongside other artists and professionals, In Certain Places have been creating opportunities to test the pre-existing architecture of Preston’s Market Square bringing momentary pieces such as The People’s Canopy (2015) and Homing (2016) rather than imposing, permanent features. In an area that has the potential to facilitate so many occasions, the work presented have intertwined with, respected and highlighted magnificent features of the city that may have previously overlooked. Now, rather than just being an inconvenient place to get caught in the rain without an umbrella, the expansive square host’s theatre, markets, live music, art installations and sporting activities. Whether it is scheduled day out or a chance encounter, interventions from In Certain Places have made the Preston’s Flag Market not only an occasional performance space but a space that is able to perform for its city. 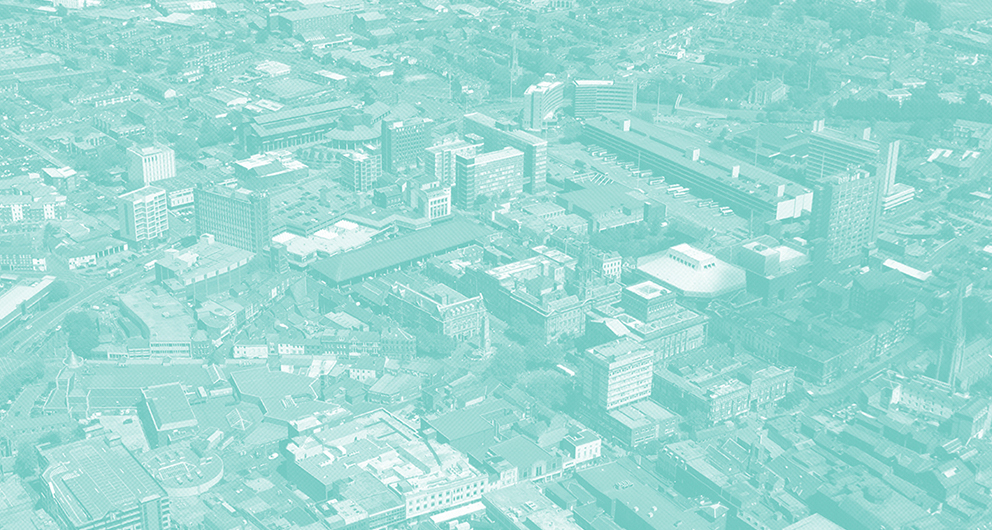 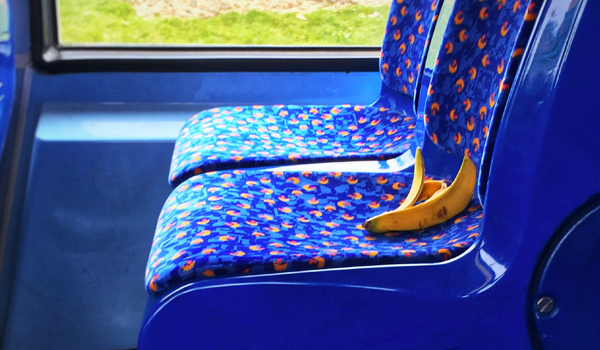 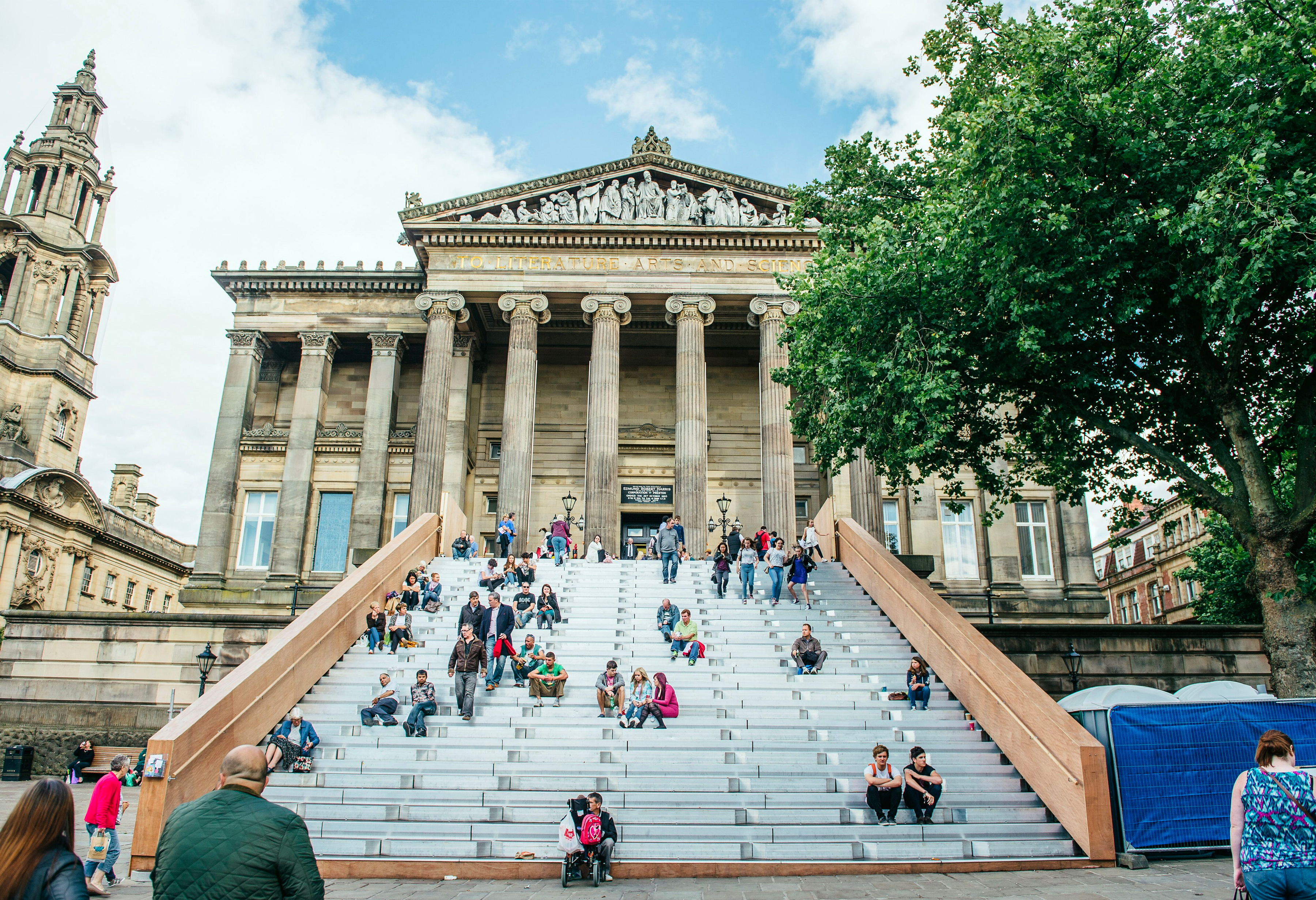