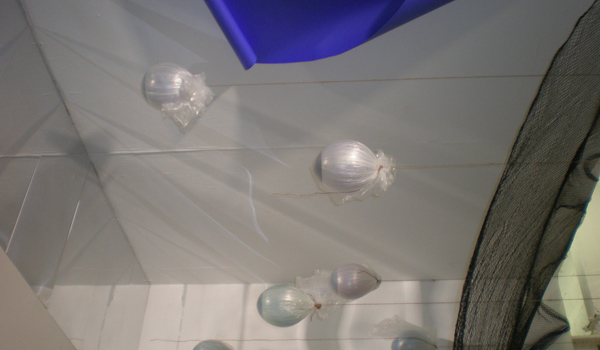 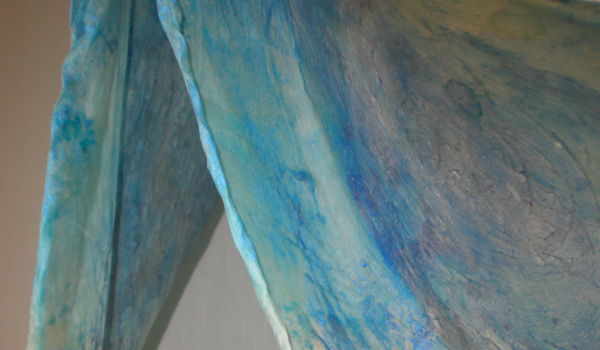 A Potential Space evolved from an exploration of boundaries in nature as a metaphor for the range and significance of boundaries in human relationships. The sea became the focus due to its fluctuating edges, developed further by a series of underwater sea photographs, taken in France.

It was also a metaphor for the unconscious as used in psychoanalysis, underpinned by Freudian theory, and influenced by installation artist Karla Black, painter Hughie O’Donoghue , artists Eva Hesse and Daniel Burren’s use of mirrors.

A Potential Space consisted of a site specific, interactive installation that attempted to capture the imagination of the viewer in a haptic way, and invited contact with the installation as a sensory, visceral experience.

The title ‘A Potential Space’ indicated a space where something might happen taken from the work of psychoanalysts DW Winnicott and his thoughts on creativity, as well as Melanie Klein and her elevation of non-verbal experiences.

The myriad of materials, chosen specifically for their materiality, sensuality and for their potential to evoke a response in the participant, including flexible mirrors in order to confuse the boundaries of some parts of the environment.