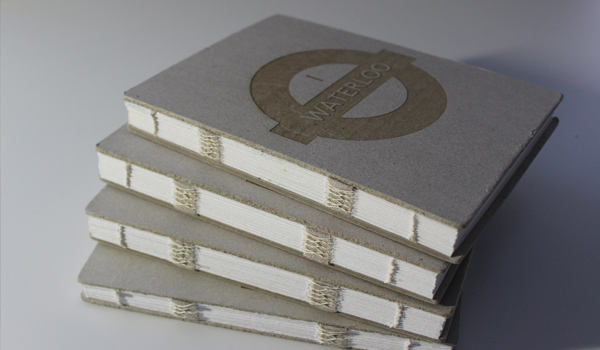 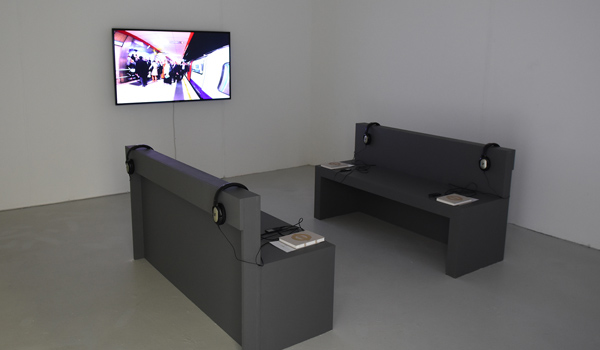 Deborah Neely’s research was concerned with our experience and memory of place.

Waterloo and City [Private Thoughts in Public Spaces] proposed that place is often the primary locus of our memories and observes the capricious way in which we recall places we have left. It considered our use of and response to public spaces and explored the notion that corporate buildings and their carefully masked power structures exert control over us.

The installation comprised a series of four artist’s books with text and photographic images accompanied by immersive sound from field recordings overlaid with voice narration. Dual screens showed City commuters at both ends of the working day.

Waterloo and City offered an insight into a daily experience familiar to tens of thousands of City workers and sought to illuminate the manifold personal narratives and memories we carry through crowded cities. The work reflected on the Sisyphean endeavours of the wage earner in a commodity driven culture and encouraged us to look beyond the façades of structures that profoundly influence how we live, work, think and feel. It asked us to be mindful of our response to the built environment, to be aware of the dominance and collusion of the construction industry and to ponder the durational implications of architectural vanity projects and commercial advertising pollution in our cities.