The People’s Canopy was a mobile architectural structure initially designed for the city of Preston in 2015, by award-winning Beijing architects People’s Architecture Office.

Designed by PAO on the theme of the city as a meeting place, the People’s Canopy was a two-storey high expandable roof structure on bicycle wheels. The ten units were designed to collapse to the size of a double decker bus to be pedalled from one location to another and thereby transform underused public spaces; spaces for auto transport are turned into spaces for pedestrians and events, and open streets connected.

The aim of the project was to develop a bespoke, temporary architectural intervention for Preston that would create new, visible connections between the university and the city centre, as well as celebrate UCLan’s international links.

The People’s Canopy took centre stage at the inaugural Lancashire Encounter festival, after appearing at UCLan in September 2015. Cycled into the city centre by over 50 volunteers from the university and accompanied by a procession of cyclists from all over Preston, it was host and home to commissioned artworks, community gatherings, performances, workshops, meetings, interventions and a wide spectrum of creative activity. For three days it provided a social space in which communities from both the university and the wider city could share ideas, culture and traditions.

Following its success in Preston, the Canopy was presented at the Biennale of Urbanism/Architecture in Hong Kong, at the Beijing Culture and Art Center, 14th Venice Architecture Bienniale and Utopia Festival, Leuven, (Belgium). 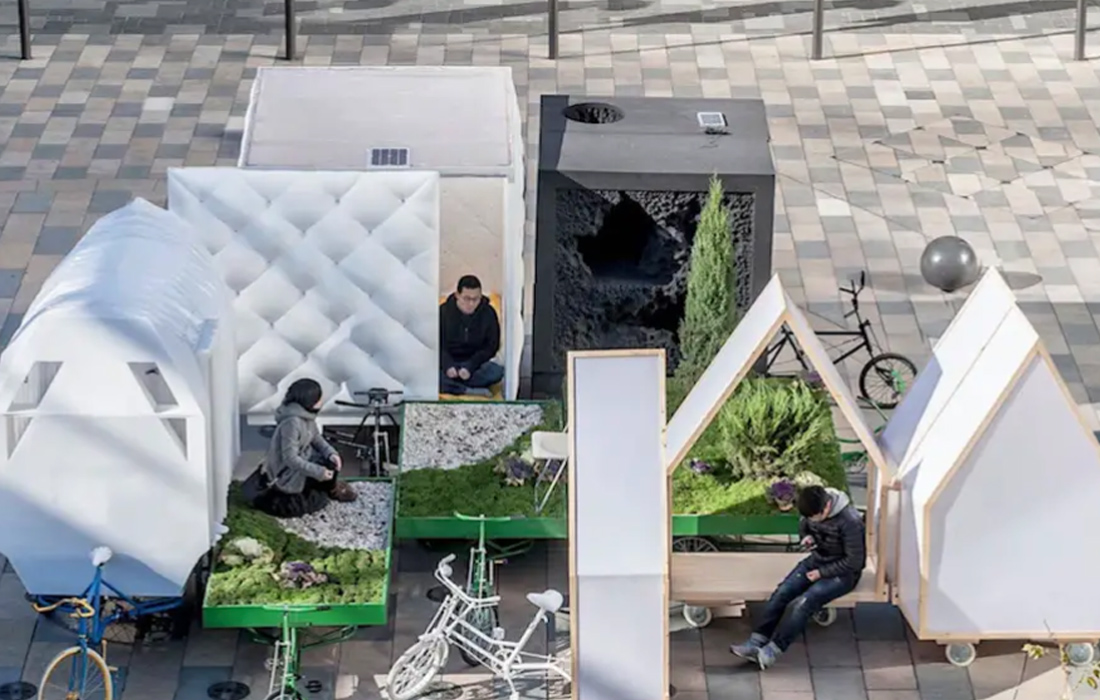