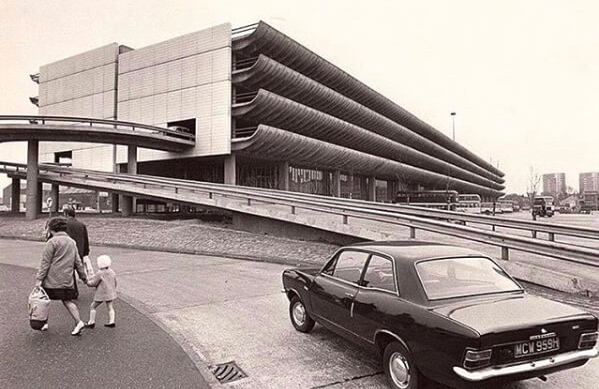 Preston Bus Station is an internationally important piece of architecture that was built for everyday use by the people of Preston. Now in its 50th year, Charles Quick, artist and co-curator of ‘In Certain Places’, is collaborating with the Harris to re-present and reveal Preston Bus Station through archives, collections, artist’s commissions and interventions, which will permeate spaces throughout the Harris.

Built in 1969 by BDP, Preston Bus Station was the largest in Europe – a space-age structure built in the same year as the moon landing. Its strong architectural presence has inspired a wealth of artists, filmmakers and photographers, including Shezad Dawood and Nathaniel Mellors. Existing work will feature alongside new contemporary art commissions by Low Profile and Keith Harrison to reveal aspects of the architecture on site and in the Harris. Low Profile will explore the role of people in the building’s identity through a large-scale participatory artwork. Keith Harrison, known for his sculptural and audio work, will be creating original pieces as part of the project.

Preston Bus Station was saved from demolition after a 13 year campaign initiated by the people of Preston and is now grade 2 listed. It has been revitalised through an extensive restoration programme by Lancashire County Council and John Puttick architects, which will be completed later this year. Its beautiful and brutal form has regained its former glory – loved by many and loathed by some. Whatever your opinion it is one of Preston’s most distinctive pieces of architecture and is a place where the daily transactions of the city take place.

A complimentary events programme at Preston Bus Station and the Harris will include films, talks, tours and workshops to contextulise the social architecture of the building and its role in the city.