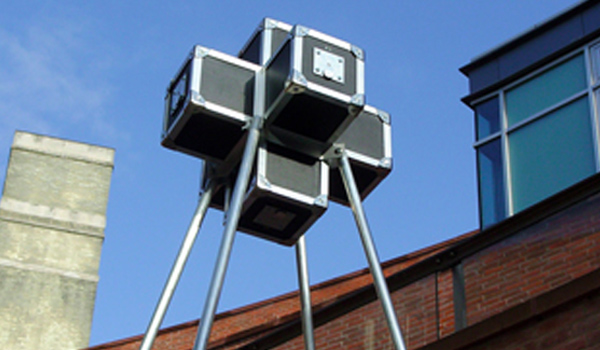 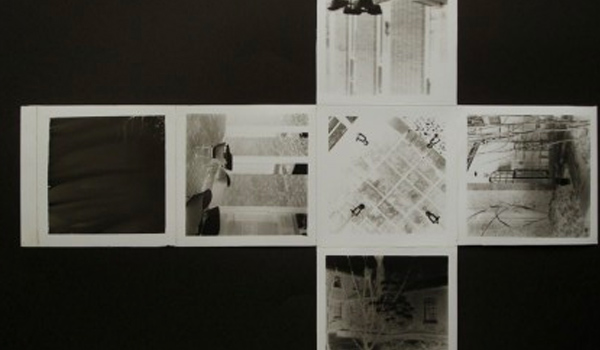 ‘The value of the Site and Archive Interventions MA was that ideas quickly became actions, having been rigorously tested in tutorials and students’ conversations. This accelerated the evolution of my project and reinvigorated my teaching and studio practice’ James Loftus.

James Loftus’ MA project followed an intuition that the intimate co-evolution of optical technology and architectural space converge at an obscure but meaningful point of origin.

He engineered and mutated image-making instruments associated with art, science, and architecture, and deployed these ‘seeing machines’ to survey the city’s dark matter of neglected marginal spaces and the converse, pristine geometry of regeneration projects.

Loftus’ research revealed a wider, often ritualised role of optics in conceiving space and inter-relating structures. From celestially aligned megaliths to ancient observatories, through the room-sized camera obscura of the renaissance, along Haussmann’s panoptic boulevards to the omnivoyance of urban surveillance, the human landscape was revealed as a vast reciprocal propagation between optical devices and structures.

Unexpectedly, he came to understand that many of our existing structures derive from archetypes rooted in our earliest encounters with the environment. Consequently, his practice involved the research and crafting of simple tools and structures to promote elemental, haptic experiences.