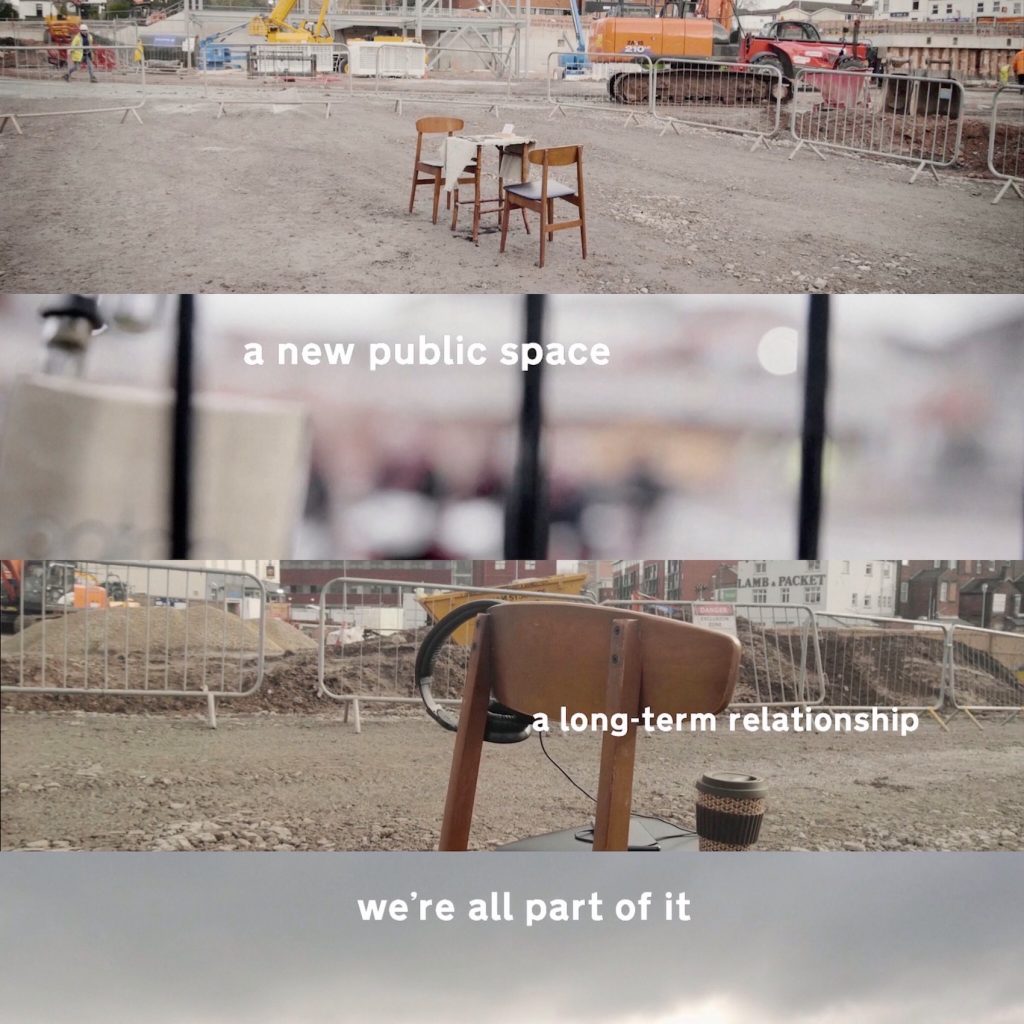 The launch of the new film Adelphi, created by filmmakers Jonny Randall and Tom Diffenthal, will take place on Wednesday 29th July, 6.30 – 7.30pm. Hosted by Blog Preston, the launch will be streamed live online and include a discussion of the film with Professor Charles Quick, Jonny Randall and Kate Rosindale, followed by a Q & A.

Adelphi is a 15 minute creative documentary which responds to the physical and psychological creation of UCLan’s new public square and its adjacent spaces in Preston. Commissioned as part of the public art programme for the student building and new squares, the film explores how people will shape the identity of this new public space. Those who have contributed include public residents, students, staff, architects, structural designers, artists, city planners and project managers.

The film marks a moment in time, asking questions about the space and how its use will change, from large events to a regular, quieter everyday background. It asks  – what do we want our public spaces to be?

The event can be accessed live on Blog Preston Facebook and Blog Preston You Tube, 6.30pm on Wednesday 29th July.

We look forward to seeing you there.

Adelphi has been commissioned as part of the public art programme for the student building and new squares, managed by In Certain Places and Atoll in partnership with Capital Projects. The film is connected to a series of projects by ICP that feed into the development of the square and the public aspects of the student building.